Everything you could possibly want to know about the various varieties of whole grains, from buckwheat to spelt. 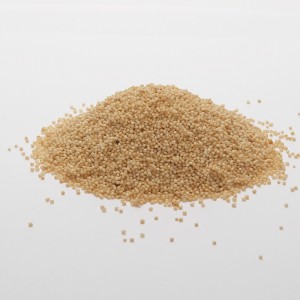 Amaranth
Amaranth was a staple of the ancient Aztecs. It’s known for having a peppery taste. Amaranth is tiny but contains a high level of protein compared to most true cereal grains and other edible seeds. The nutritional quality in amaranth is substantial-it’s high in fiber, calcium, and iron and contains high levels of essential amino acids – qualifying as a near “complete protein.” 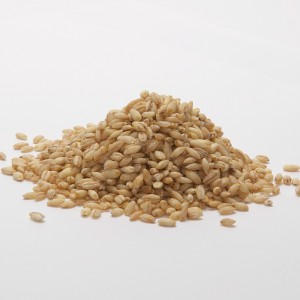 Barley
Barley is among the oldest cultivated grains. Most varieties are surrounded by an uneatable hull that must be removed by pearling (de-coating or de-hulling). But when it’s pearled, it retains most of its original nutrients. It’s about 50% soluble fiber, which is associated with heart health. Most barley contains a high percentage of amino acids and absorbs high selenium concentration from the soil, which may help reduce the risks of some forms of cancer. 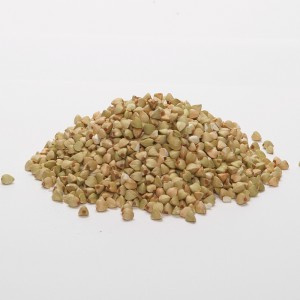 Buckwheat
Buckwheat has a unique, nutty flavor and is consumed in a variety of foods throughout the world. With high levels of the antioxidant rutin, it can help to improve circulation by preventing LDL cholesterol from blocking blood vessels. 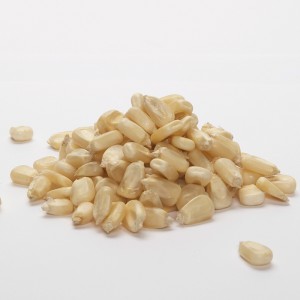 Corn
The nutritional quality of corn is dependent on how it’s prepared or pretreated. In Mexico it’s generally alkali-treated with sodium hydroxide, which gives it niacin. There, it is usually made into corn tortillas. Eating corn with legumes creates a nearly complete protein. It contains more vitamin A than other cereal grains and most other edible seeds and contains more antioxidants than any other cereal grain or fresh vegetable. 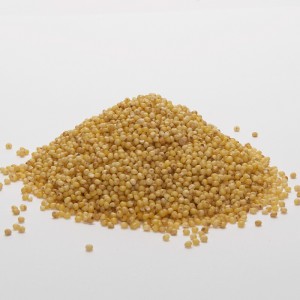 Millet
Millet is a tiny red, white, yellow or gray cereal grain. It’s a staple in some regions of India and is commonly consumed in various other parts of the world. It has a mild flavor and is used to make chapattis, tortillas, or other unleavened bread. It contains higher amounts of five essential amino acids including isoleucine, phenylalanine, threonine, tryptophan, and valine and contains higher levels of copper and iron than other cereal grains. 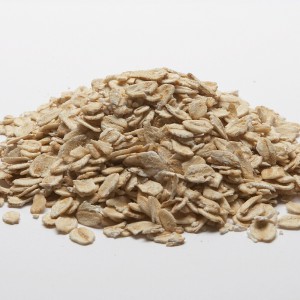 Oats
Most varieties of oats are surrounded by a hull that must be removed. In the U.S., oats are usually steamed and flattened to produce rolled oats. They have a mild, but unique whole-grain flavor and are nearly always sold and eaten as whole grains. They contain a water-soluble fiber known as beta glucan, that can help effectively lower cholesterol. It helps to reduce the risks of coronary heart disease and some forms of cancer and has more total protein and higher amounts of amino acids, calcium, magnesium, zinc, and vitamin B1 than the other cereal grains. 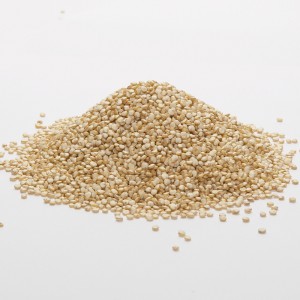 Quinoa
Quinoa is an ancient edible seed closely related to beets that were originally cultivated by the Inca in the Andes. It’s small, round, and either light-tan, red, purple, or black. Quinoa has a large amount of nutritionally high-quality protein compared to the cereals and most other edible seeds. It contains an excellent balance of amino acids which means it’s nearly a complete protein. Compared to all cereal grains and most other seeds, quinoa has more iron and potassium. 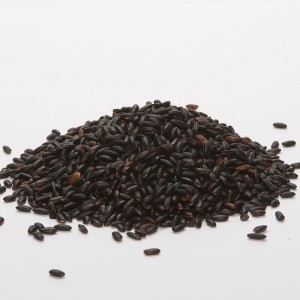 Rice, Black
Whole grain rice is usually brown, but there is also red, purple, and black. It contains less dietary fiber and more highly digestible starch than all other cereal grains. The fiber content ranges from about 2-3% compared to as much as 12-15% fiber in wheat and as much as 18-30% in some barley. 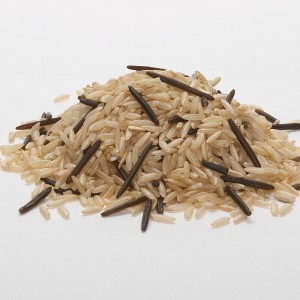 Rice, Brown/Rice, Red
Brown and red rice contains materially less fiber and more highly digestible starch than all other cereal grains. Fiber content ranges from about 2-3% compared to as much as 12-15% in wheat and as much as 18-30% in some barley. 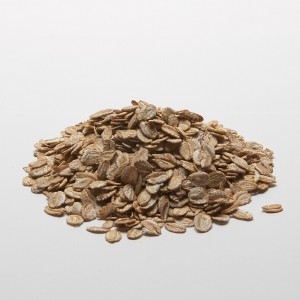 Rye
Rye has long been consumed in Northern Europe and Russia. It contains a high level of fiber and most varieties have more fiber than the other cereal grains. Because of this, rye products that are carefully formulated without other high-glycemic-index ingredients (sugars, starches), generally have a lower glycemic index compared to similarly formulated wheat-based products. Rye contains more total minerals, magnesium, potassium, zinc, vitamin B5, vitamin E, and vitamin K than other cereal grains when grown in similar conditions. 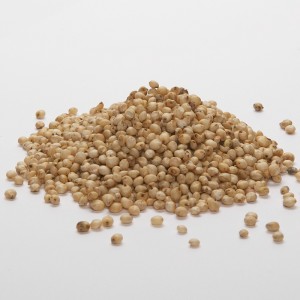 Sorghum
Sorghum, also known as milo, is primarily fed to animals in the U.S. In the rest of the world most of it is consumed by humans after popping, cooking into porridge, or ground into flour and made into unleavened bread. Most sorghum contains high amounts of biotin compared to other cereal grains. 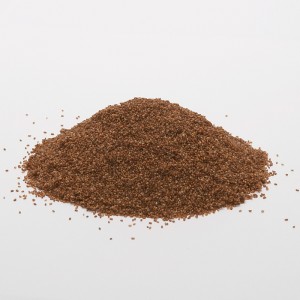 Teff
Teff can be brown, red, or white and is highly adaptable – thriving in poor soil and dry conditions. Few cultures use it except Ethiopian and Eritrean cultures where it is a staple and used to make the fermented soft flatbread Injera. Some Indians and Australians grind it into flour and make it into flatbread similar in texture to South Indian dosa made from fermented rice and black gram. Teff is tiny-far smaller than a poppy seed and is sometimes roasted prior to cooking, which accentuates its brown sugar-like flavor. It’s notably high in iron and calcium and highly digestible. 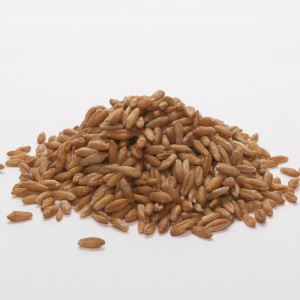 Triticale
Triticale is a rye and durum wheat cross. The most commercially available triticale is a second-generation hybrid-a cross between two triticale varieties. It’s fairly well adapted to many climates and more adaptable than either of its original parents. 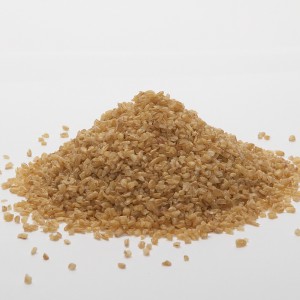 Wheat, Bulgur
Bulgur wheat is produced by boiling durum wheat and then drying, cracking, and granulating it. It’s usually made from durum wheat but can be made from virtually any type of grain. It has a mild, whole-grain taste, especially when it’s made from light-colored durum or hard white wheat. 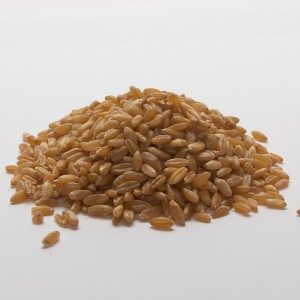 Wheat, Durum
Durum wheat is commercially grown and the hardest of all wheat species. It contains high amounts of protein – most with excellent gluten strength making it good for pasta and bread. Most is amber in color and invariably has a yellow endosperm, giving pasta its color. When milled, much of it is preserved as a coarse meal called semolina rather than ground into fine flour. Especially in winter, durum chapattis are relished in northern India. 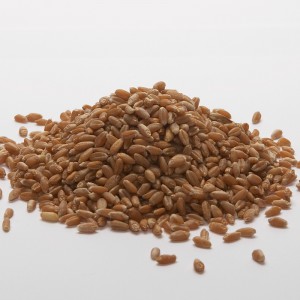 Wheat, Red & White, Hard & Soft
Wheat dominates the international market, comprising of about 85-90% of the grain traded. It is classified as hard or soft, red, or white. One gene determines whether a wheat variety is hard or soft. Red vs. white refers to the overall color of the seed coat or bran. Darker, red wheat varieties are generally bitterer compared to lighter, white wheat varieties due to inherent levels of tannins and other compounds associated with bran color and taste. In the U.S,. most bread flour is produced from hard wheat varieties and most cookie, cracker, and other confectionary flour is produced from soft wheat varieties. If the wheat bran and germ are separated during milling, the quality of the flour isn’t affected by the wheat color or growing habit. Flour quality depends on whether the wheat was genetically hard or soft. Nutritional properties of common wheat vary depending on the variety and on growing conditions. Almost all common wheat contains 12-13% fiber. It’s a good source of most of the B vitamins and generally contains more vitamin B3 than any other cereal grains. 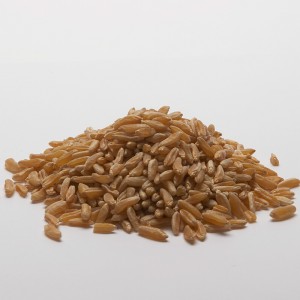 KAMUT® Brand khorasan wheat
KAMUT® wheat is the genus and species of an ancient wheat species that has been essentially ignored worldwide by most wheat breeders and geneticists. It is currently growing in popularity as a so-called “ancient grain.” It has a buttery taste and averages higher levels of protein and vitamin E content than many wheat species or varieties compared to most oat samples. KAMUT® IS A TRADEMARK OF KAMUT INTERNATIONAL LTD. 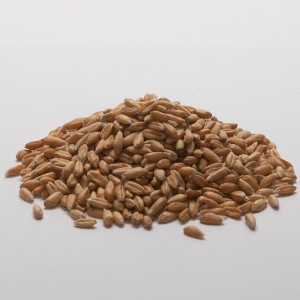 Wheat, Spelt
Spelt wheat is an ancient species that was widely cultivated until modern times. There are only a few spelt varieties that haven’t been crossed with other wheat species. Most have been grown in Germany or the U.S. It has a mild, somewhat sweet-grain flavor and has similar nutritional properties to other wheats, and contains more thiamin and niacin than other whole grain cereals. 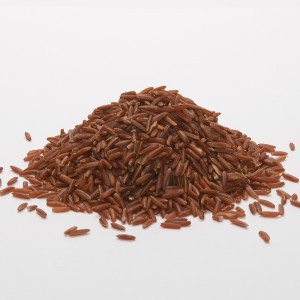 Wild Rice
Wild rice is not technically a rice, but the seed of aquatic grass originally grown around the Great Lakes of the U.S. Some commercial cultivation of it takes place in California and the Midwest. It’s usually consumed in a blend with other whole edible seeds, grains, or other rice varieties and generally has about twice the protein and fiber of brown rice, yet less iron and calcium. Native American tribes have been instrumental in the increase in the collection of this seed in the wild.